The Coalition at work

Our ability to voice the needs of businesses, and to push policy that drives climate ambition, has always been our promise and our strength. We continue to provide a platform for businesses to advocate for bold climate policy at three levels: international (G7, G20, COP and other key political moments), national (Nationally Determined Contributions or NDCs, and supporting strategies and policies), and sectoral (such as energy, steel, and transport).

Ambition Loop in Action
Highlights from 2021

Throughout 2021, We Mean Business Coalition’s ambition loop played out in real time, culminating at COP26 and built on a series of advocacy and communication campaigns during the year.

In April, We Mean Business Coalition, Ceres and our partners mobilized 400+ American businesses and investors across 50 states representing $3 trillion in annual revenue to sign an open letter calling the newly inaugurated President Biden to “adopt the ambitious and attainable target of cutting GHG emissions by at least 50% below 2005 levels by 2030.” In parallel, we supported our Japanese partner, the Japan Climate Leaders’ Partnership, to mobilize its 174 business members to support Japan’s NDC target of 46-50% by 2030, which was also announced in April.

The next step was to influence the outcomes of the G7 Summit in June through a series of letters to Ministers, Central Bank Governors and Heads of State. Many of the Coalition’s policy recommendations were reflected in the G7 Communique.

In the EU, our partner CLG Europe led Coalition efforts to mobilize 75 businesses and business networks in public support for a rigorous ‘Fit for 55’ package. We outlined 10 principles highlighting how action to boost a green, digital and inclusive economic recovery in the wake of the COVID-19 pandemic could help develop EU economic strength and jobs in the growing new industries and clean markets of the future.

Increased ambition in the US, Japan, EU and G7 paved the way for even greater ambition during the G20 Summit in October and COP26 in November. Our open letter to G20 leaders was signed by 778 businesses, representing US$2.7 trillion in annual revenue, and employing 10 million people.

Released ahead of the G20 Summit and COP26, the letter made a series of policy requests consistent with the collective ambition to limit global temperature rise to below 1.5ºC. The initiative was supported with business advocacy toolkits and policymaker briefings. The G20 Summit Declaration included several of the Coalition’s key asks, and importantly, gathered momentum in the lead-up to COP26.

Businesses called on G20 leaders to deliver a series of key asks:

As the largest-ever business presence at a COP event, We Mean Business Coalition directly influenced the Glasgow Climate Pact. Many business climate asks were reflected in the final version, notably:

In South Africa, we supported the National Business Initiative (NBI) to develop Climate and Just Transition pathways to net zero emissions for five sectors in partnership with BCG, Business Unity South Africa (BUSA), and the NBI and BUSA business members. This project provided the evidence base business needs to support an enhanced NDC ahead of COP26 and contributed significantly to the Just Energy Transition Partnership being announced at COP26 with South Africa securing USD $8.5 billion support from UK, France, Germany, EU and US.

COP26 was also our most ambitious communications campaign to date. Starting in September 2021 with the launch of our Letter to G20 leaders, We Mean Business Coalition content was shared across television, print and online news outlets, social media, blogs and statements. We also launched our first recording studio at the event, creating more than 60 videos of climate leaders. During the summit, businesses raised their voices, amplified by the We Mean Business Coalition throughout, driving 10.5 million impressions on Twitter and more than 1 million video views.

We Mean Business Coalition’s advocacy also happens at the sectoral level, where market signals alone may not be enough to drive the necessary scale and pace of climate action. We support ambition loops to strengthen policy in different sectors.

For example, India’s Ministry of Power issued guidelines on charging infrastructure this year, which contained four policies recommended by a group of 30 companies and WBCSD. The guidelines will help Indian businesses that have committed to EV100 to deliver on their ambition even faster. Also in India, The Energy Research Institute (TERI) briefed policymakers on the industry transition backed by 34 companies that signed the Industry Charter for Near Zero Emissions Ambition by 2050.

In the coming years we will go deeper into policy advocacy on especially hard-to-abate sectors – trucking, shipping, aviation, steel – through our partnership with Mission Possible Partnership (MPP) and Climate Group.

In 2021, we supported the release of MPP’s Making the Impossible Possible: The Blueprint for Decarbonizing Industry. This white paper provided strong momentum leading into MPP’s presence at COP26, where we supported nearly 20 high level events and received endorsements from influential policymakers, especially in the US government, and major companies including United, Virgin and LafargeHolcim. 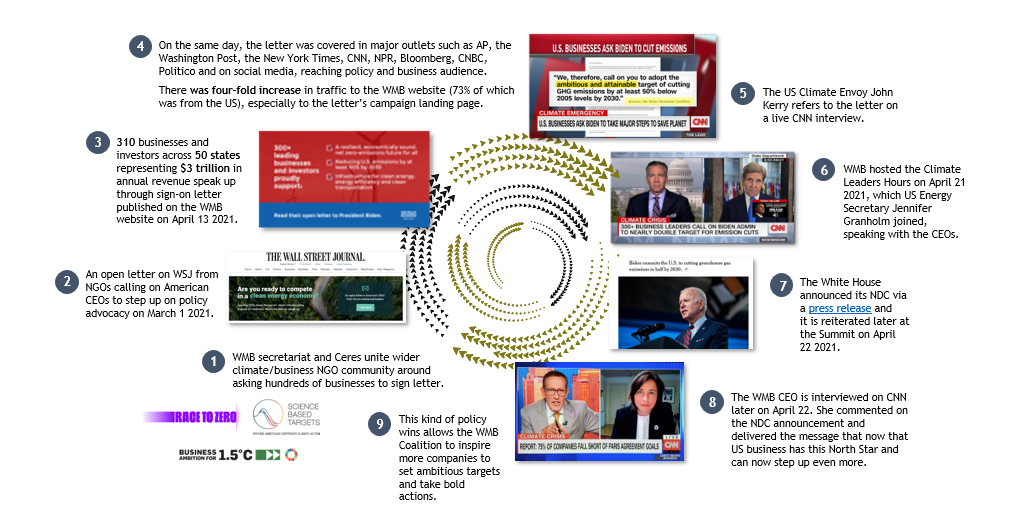 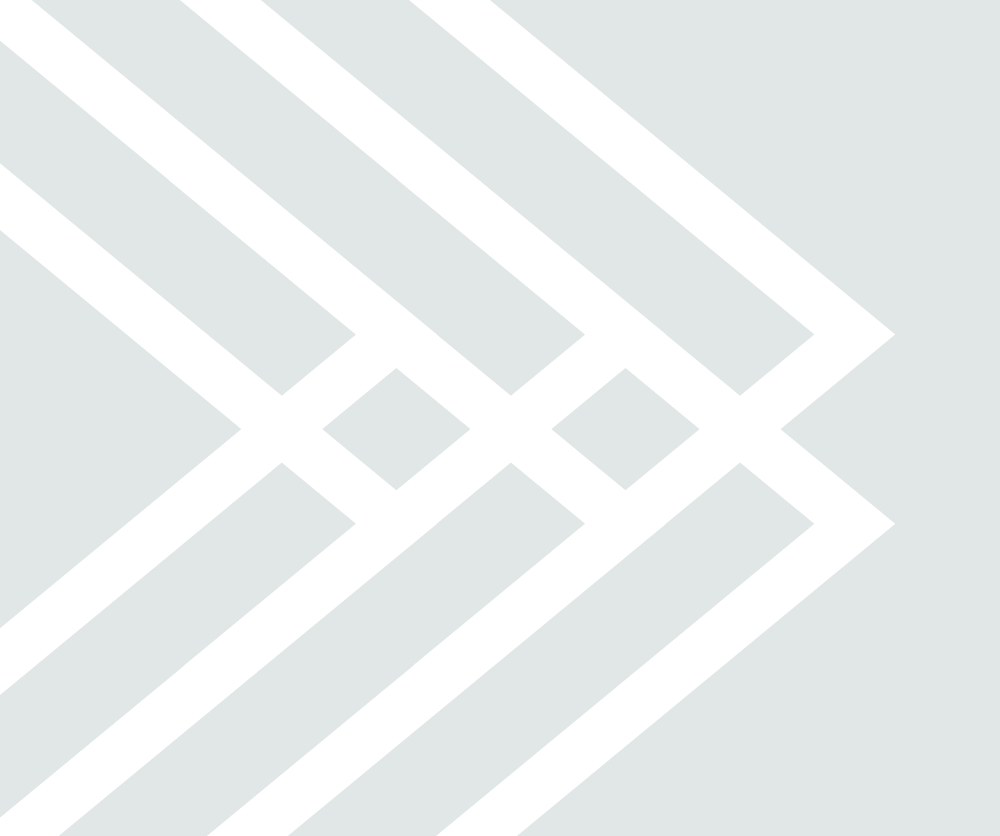 About the We Mean Business Coalition

We Mean Business Coalition works with the world’s most influential businesses to take action on climate change. The Coalition is a group of seven founding non-profit organizations: BSR, CDP, Ceres, Climate Group, CLG Europe, The B Team and WBCSD. Together, we catalyze business and policy action to halve emissions by 2030 and accelerate an inclusive transition to a net-zero economy. Find out more at wemeanbusinesscoalition.org.

We Mean Business Coalition Inc. is a US tax exempt 501(c)(3) nonprofit organisation that operates globally.